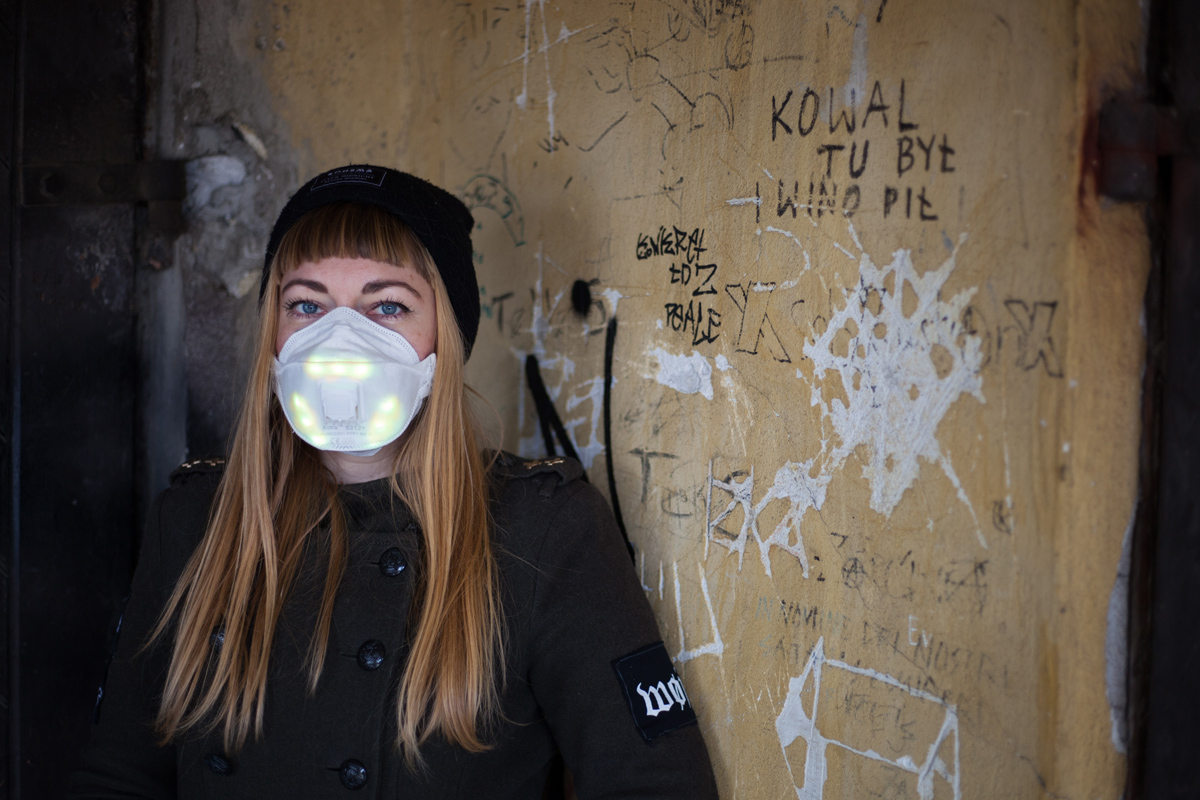 Doctors were pivotal in the anti-tobacco campaigns of the late 20th century, not only helping people understand the risks of cigarette smoking, but building a compelling case to propel decision makers into action, and ensure a healthier future for people in countries all over the world.

Just like the anti-tobacco campaigns of the late 20th century, doctors are sounding alarms about the health risks of poor air quality in our cities, and through Unmask My City – a new initiative developed by the Global Climate and Health Alliance and my organisation, the Global Call for Climate Action – are aiming draw attention to the public health crisis air pollution is driving. 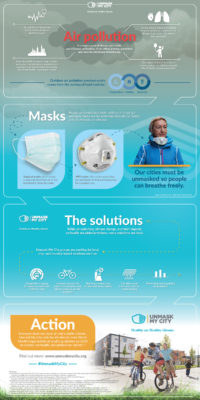 Air pollution drives direct health impacts like increased risk of heart disease, asthma attacks, lung cancer, respiratory diseases and stroke; and also indirect threats like heatstroke, tropical disease spread and more through its contribution to global warming. The Lancet Commission for example released a report in 2015 that not only reaffirmed the severity of the threat climate change poses to global health, but labelled it a “medical emergency”. The Lancet showed that tackling the crisis could be the “greatest health opportunity of the 21st Century”, especially considering it could undermine the last fifty years of gains in development and public health.

To highlight the global nature of this problem, Unmask My City groups are conducting “community monitoring” activities, and mapping personal exposure to bad air using AirBeam air quality monitors and the AirCasting smartphone app by US NGO HabitatMap. However, while soupy pollution in China and India makes headlines, bad air remains a largely invisible problem. To demonstrate that even clear skies can hide risky levels of air pollution, Unmask My City also makes use of custom-built LED light masks that change colour according to how good or bad the air is. 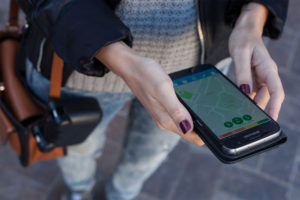 The AirBeam measures PM2.5 particulates and provides estimates of micrograms (one-millionth of a gram) per cubic meter air (µg/m3). The scale it uses is based on the revised Air Quality Index for PM2.5, and the colours mean:

Using the AirBeam and light masks in Turkey, the USA, Poland, Serbia, India, Brazil, and the UK, we found that despite there being a number of clear days where particulate pollution stayed in the green, more often than not it consistently dipped into the yellow, orange and red, showing risky and unhealthy levels of pollution. 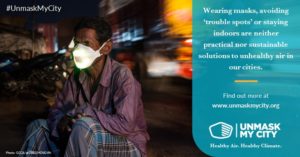 The reasons for this vary between cities – some face problems from traffic pollution, others from heavy industry, some from reliance on dirty coal power, and others from low stack emissions such as coal boilers for heating – but the result for all is the same: regular exposure unhealthy air for their citizens. As the world is becoming increasingly urban, with more than half of people living in cities today and two-thirds by 2050, it is little wonder that increasing numbers of people worldwide are being regularly exposed to urban air pollution.

This problem will worsen without concerted action. Fortunately, we have the knowledge, the technology, and the global understanding that cleaning up our planet is not a choice, but an urgent necessity, and the rewards for action are tremendous. 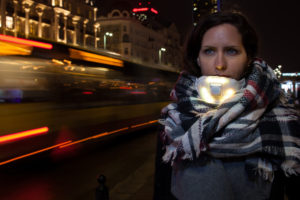 Many policies to address air pollution and climate change are “no-regret”, in that they will reduce ill health, enhance resilience, alleviate poverty and address inequality. For example by investing in clean energy over fossil fuels, and in public and active transport over internal combustion engine cars governments will not only be reducing the climate threat, immediately improving air quality and reducing respiratory and cardiovascular illnesses, but will also be supporting technologies already shown to improve the lives of the world’s poor faster and cheaper.

Everyone has a right to safe, clean air, and that means air pollution levels must be brought in line with World Health Organisation safety standards in our cities. To get there by 2030, we need practical solutions and tangible city level policy changes to drive a clear, downward global trend in urban air pollution. This will save millions of lives, improve health outcomes for billions of people, and make a huge contribution to greenhouse gas reductions needed to keep the world safe from climate change crises.