Tatyana Dorokhova has been principal of the Starye Bobovichi school for eight years now. She was out of the area at University when the Chernobyl meltdown happened 30 years ago, but returned when the cleanup was being undertaken.

Radiation levels around the town are generally quite low, which one would hope to find three decades after the nuclear disaster and cleanup efforts. However, it is not hard to find areas of elevated radioactivity, and, unfortunately, the school is one of these places. 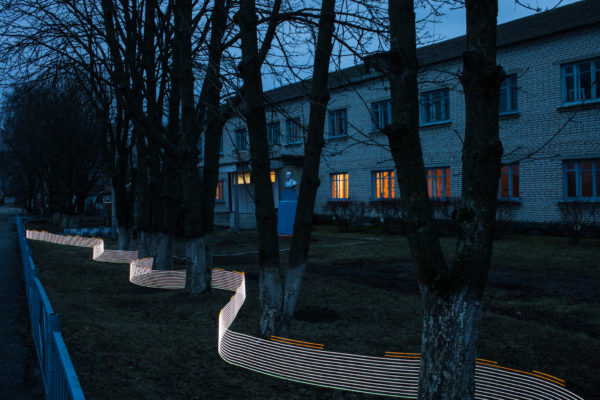 “One possible explanation is the connection to Svyatsk. When it was evacuated, a decision may have been made to keep valuables. Pictures, books, building materials etc., which have made their way to the school. Over the years a lot of illegal digging, logging etc has happened, and some materials from these activities are likely to have ended up in the town, concentrating radioactivity. People had to move quickly after the disaster, and they took almost everything of value including glass, shelving etc. to other nearby villages.”

This is a common theme throughout the Bryansk region. Areas may have been cleaned,  people resettled, and food controls put in place etc, but contaminated materials are still easily spread throughout the environment by weather, by people trying to save valuables, and by opportunism as people strip building materials and resources such as wood and soil from abandoned areas. 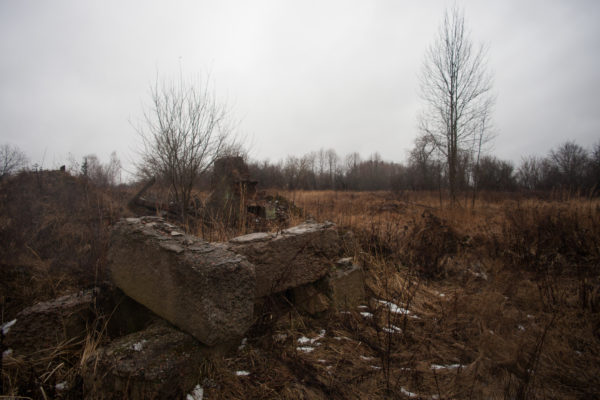 Light mapping of the school showed that some areas, such as the entrance and most of the rear playground have low and stable radiation levels, but other places children would frequent had consistently elevated levels. These areas included a small playhouse in the front yard of the school, the trees bordering the pedestrian path to the bus stop, and the playground area directly in front of a set of firefighting tools. 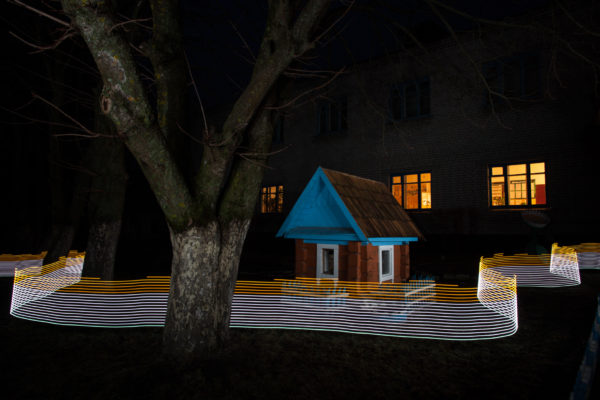 The children learn about radiation risks in school via a special course. It’s not mandated or officially approved by the education ministry, but they do it at the school after their normal lessons.

“Once upon a time an accident happened. A dark cloud bypassed the area, and contamination came this way from the sky, and our land, our soil absorbed it.” 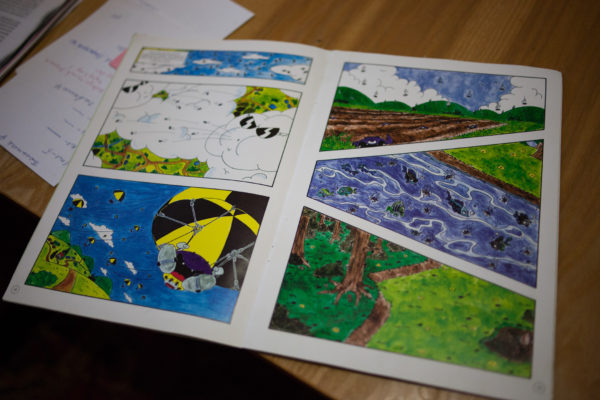 The children, especially the older ones, are quite aware of the problem, the contamination in the forest and that they have to be careful. But at the end of the day, kids are kids. They still play in the forest, collect and eat the mushrooms, the berries.

Their parents may be planting vegetable gardens, but they still worry about whether the food they grow is safe or not given radiation risks remain all around, 30 years later. Because they know what it is like to live with such long term problems, Tatyana says that the people in her area keenly feel for those in Fukushima. She wished to send a message of solidarity:

“Dear people, living on the other side of the globe, we know from personal experience the circumstances and the result of radioactive contamination, as we are still suffering from the Chernobyl nuclear power accident. This is why all of us wish you good health, stay strong, and always remember that you are not alone. We know your problems and support you.”