Behind the scenes – Lighting invisible fire 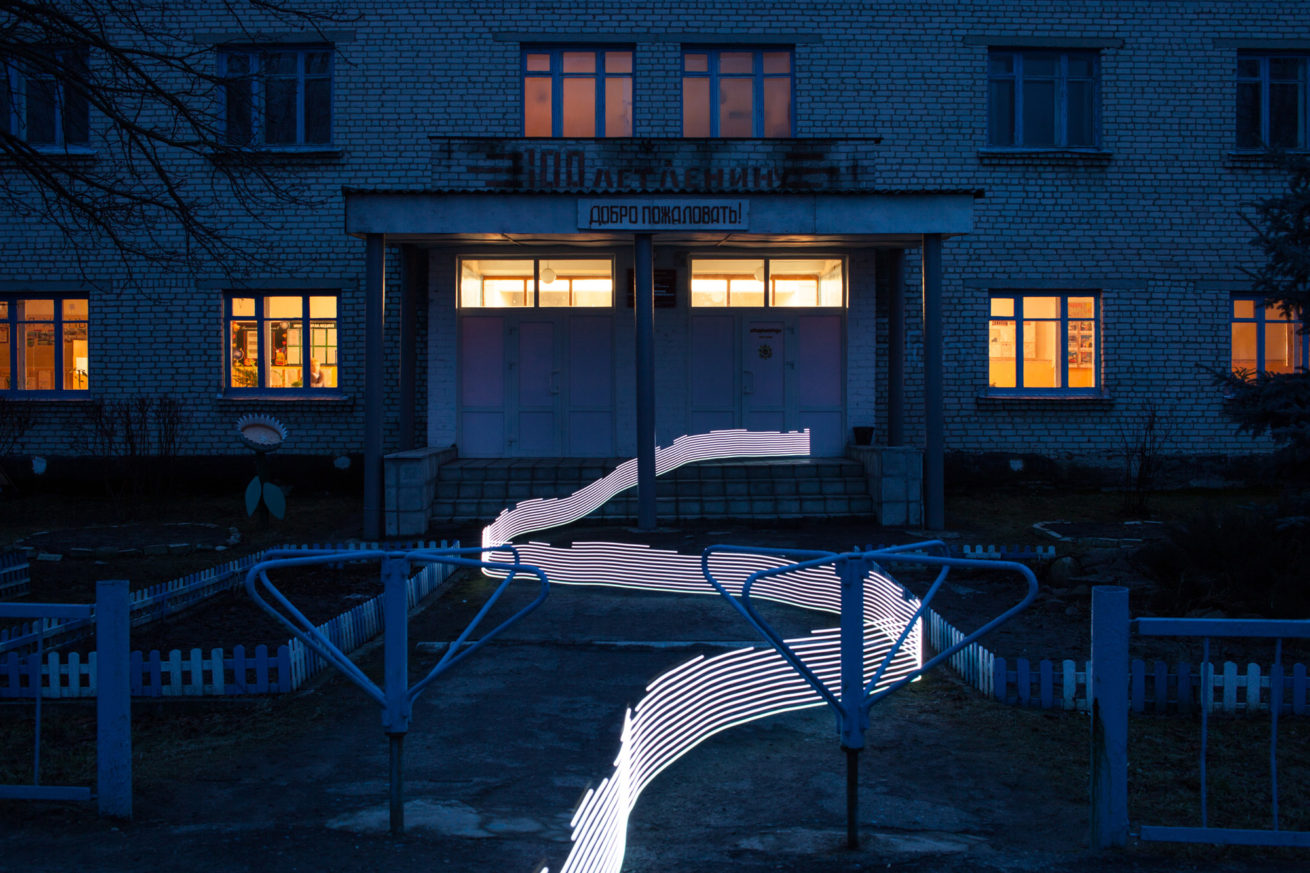 Thirty years after Chernobyl and five years after Fukushima, radioactive contamination continues to impact many communities, but as the source of the problem is invisible, the relative risks remain difficult to communicate. As a result, the motivation and urgency to help those affected continues to diminish.

Photography exploring the impact of nuclear disasters typically focuses on portraiture of victims, on deserted landscapes, decaying buildings, or on measurement readings on technical equipment – all of which are useful, but abstract and disconnected from the source of the problem.

Similarly, describing dose rates in terms of chest X-rays or international flights can help put exposure into perspective, but again it bears little resemblance to the what someone in contaminated areas of Fukushima, Chernobyl and other places contaminated by these disasters may face on a daily basis. 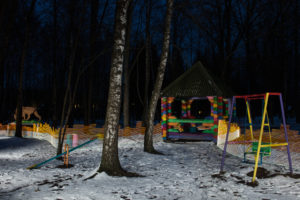 To make the invisible visible and show the radioactive risk the victims of Fukushima and Chernobyl live with, we adapted an idea from the excellent Immaterials wifi light painting project to make radiation levels visible in real time.

We built a custom geiger counter-connected LED light stick, which, combined with a long exposure photograph, allows us to measure and map radiation levels visually. Walking through a photo with shutter open anywhere from 20 seconds to five minutes allows us to create dynamic walls of undulating light, highlighting contamination in the environments it exists. 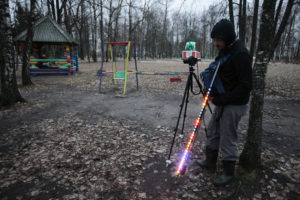 The detection device picks up radiation levels and outputs them as an analogue signal, which is then converted them to an LED light scale and an onboard Arduino controller. We then set up a simple to understand traffic light format of white/orange/red.

White shows levels under 0.23uSv per hour (1mSv per year), which is the Japanese government’s guideline for decontamination (which assumes people spend 8 hours a day outside and 16 hours inside). Russia’s official “norm” level is roughly the same, 0.20uSv/h.

Red shows radioactivity greater than 1.0uSv per hour (upwards of 5mSv per year) – a level where protective measures to minimise radiation exposure are necessary. 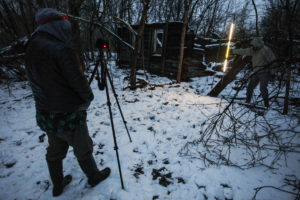 When in the field, the light levels for each colour reading are double checked at every location to ensure they provide an accurate representation of radiation levels, and finally the light maps are painted live.

Using this tool in areas affected by Chernobyl and Fukushima, we found that places decontaminated by the authorities consistently exhibit radiation levels elevated above official guidelines. We also found that using the same scale, places in Russia’s Bryansk region demonstrated comparable levels of contamination now, 30 years later, as places in Fukushima do today.

This is not a testament to government decontamination efforts, but rather an example of how radioactivity accumulates and lingers in the environment in the long term, eventually permeating every aspect of affected communities’ lives.

The reality is: 30 years later, resolution of the problem is no closer for many impacted communities in Chernobyl, and this does not bode well for the people of Fukushima. It is hoped that by exploring new ways of visualising a shared problem, new energy can be injected into efforts to get them the help and protection they need.

One thought on “Behind the scenes – Lighting invisible fire”