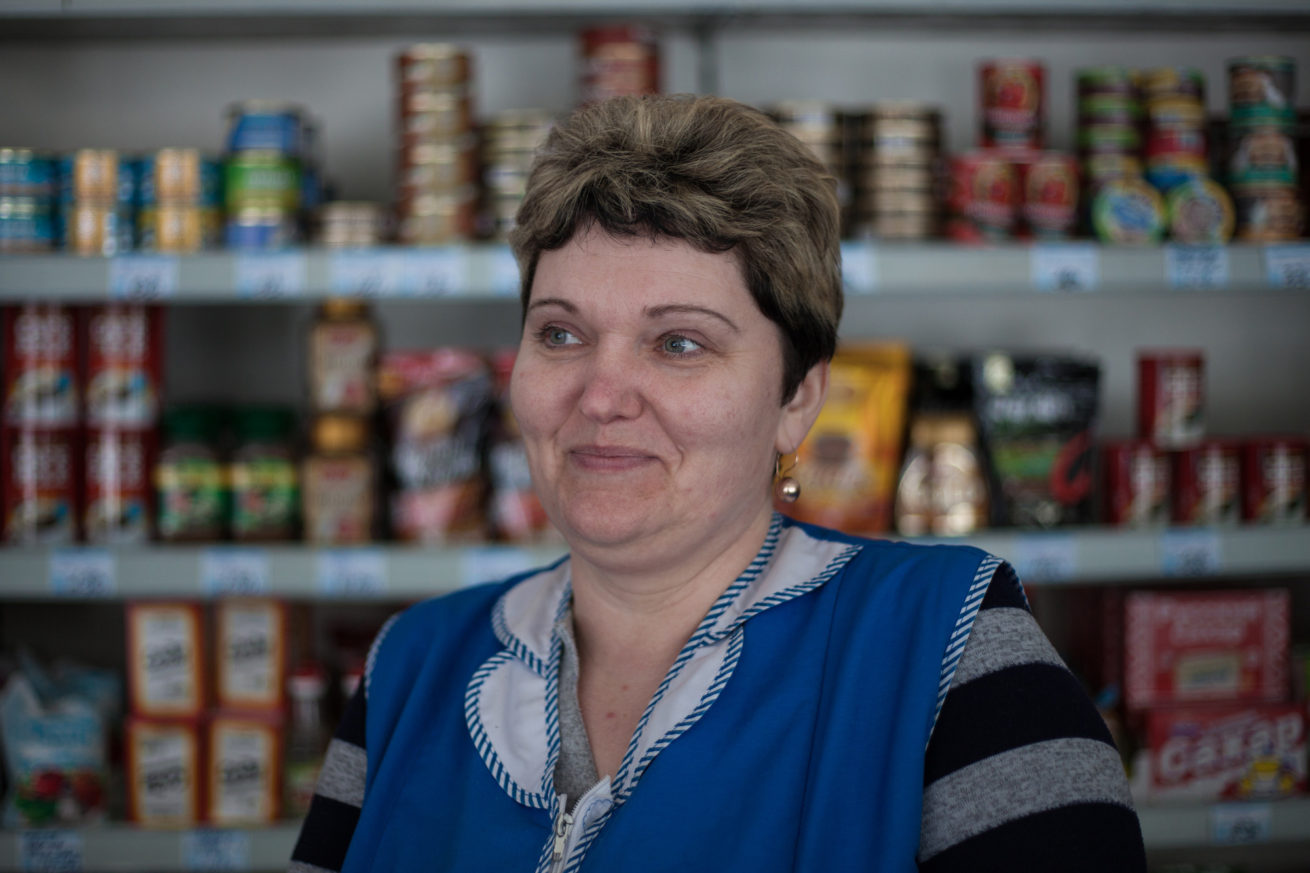 Natalya Rueva has lived in the village of Staryy Vyshkov for 25 years. She has raised her family there, and works in the local grocery store, and has done so despite the village being on the list for relocation since the resettlement law was passed in 1991.

A short drive from Starye Bobovichi, where Natalya’s daughter Valeria goes to school, and close to the Belorussian border like Svyatsk – another nearby but abandoned and resettled village – Staryy Vyshkov is clearly in a state of long term decline. 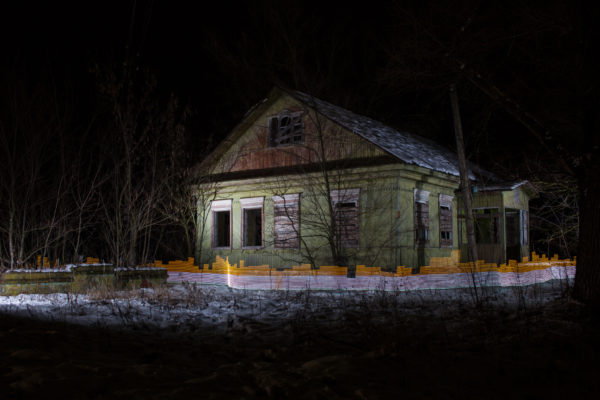 “Everyday life here is ok, we have gas, we have food etc, but generally things are getting worse. This shop, the owner is doing his best to keep it open, and we have everything people need to buy, so it may survive, but the collective farm has closed so it may not.”

It is unclear why the community was never resettled, but people have gradually moved away of their own accord anyway. Many of the houses in town are abandoned and in various states of ruin. Checking radiation levels reveals many spots of radioactivity elevated above the official Russian radiation safety norms of 0.20uSv/h. 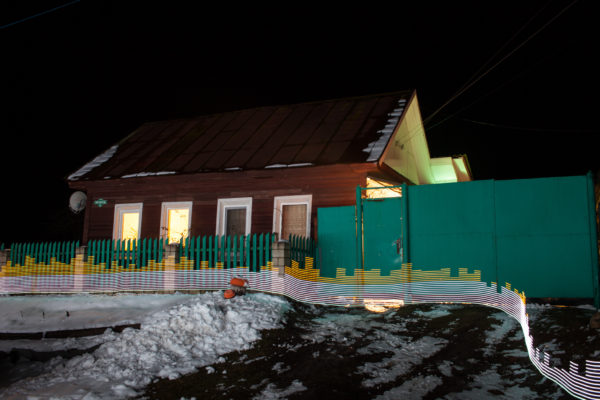 30 years after Chernobyl, radiation levels outside Natalya’s home are consistently almost double the official limit. Directly opposite her shop – only 100 metres down the road – the village’s central park and ruined church also remains contaminated at a level greater than four-times the official limit.

Still, this invisible threat is not top of mind for villagers like Natalya, who try to live normal lives as best they can.

“We don’t feel the contamination. We grow vegetables, we drink water, we sit on the river, we eat mushrooms from the forest…”

While the town is largely empty, the movement of people is not all one way. It is not uncommon for the older generation, less concerned about the health impacts of radiation, to move back and reclaim property in the area. In Starye Vyshkov there are examples of people taking abandoned houses and repairing them, even if the majority of properties are slowly falling down.

However, the Reuva family seems unlikely to stay. Natalya’s children have been taught about the radiation problems, and while they don’t feel any effects, and don’t take any serious precautions outside washing hands when coming side, they do go away each year and spend time in clean places, so they have a break from radiation.

Natalya herself has only three years left until she retires, and while her pension will only be 6,000 rubles (USD$87) a month, she says she will do her best to move her children out of the area permanently.