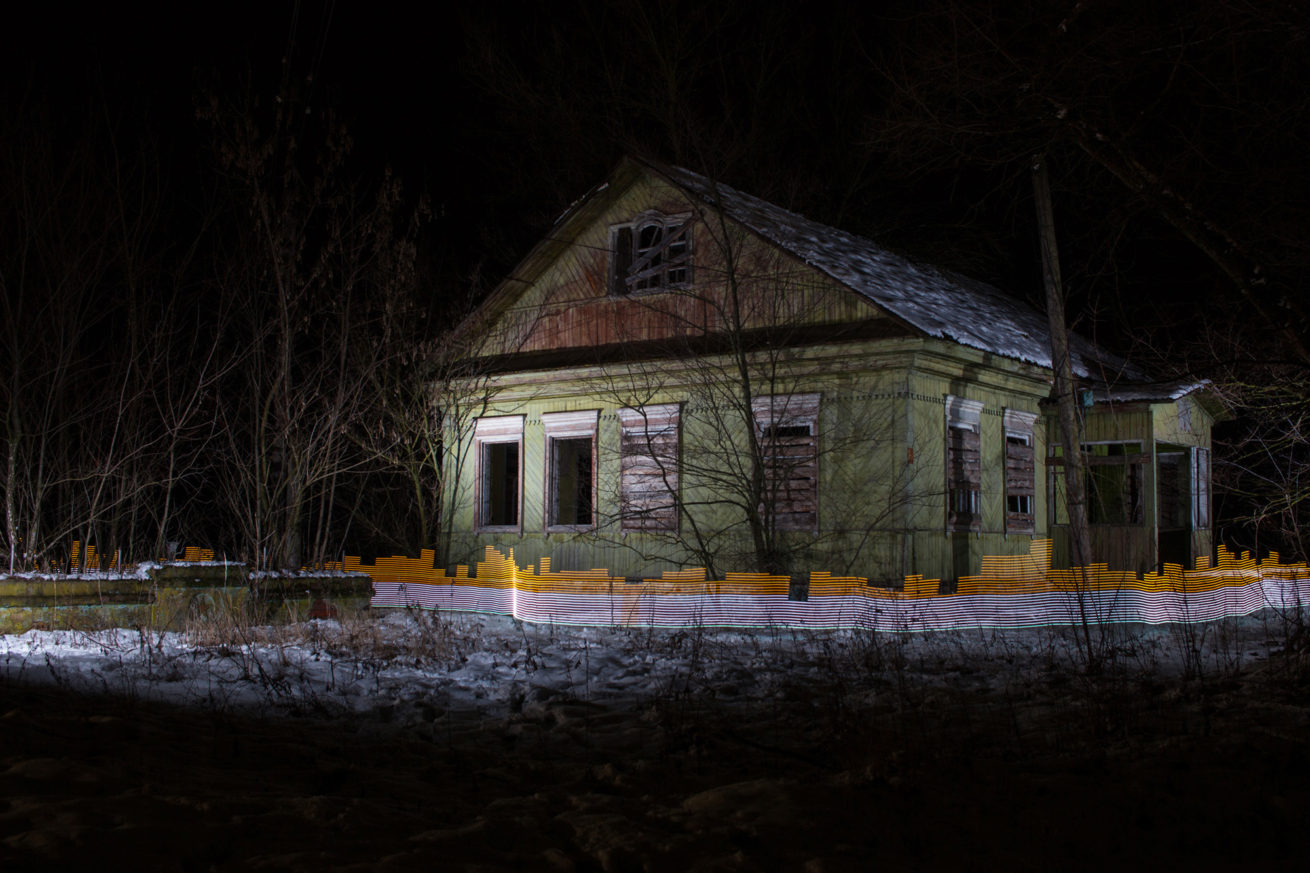 After a year and a half of collaborative development with Greenpeace, my photo project mapping radiation levels in Fukushima and Chernobyl-impacted Russia is out.

Inspired by the Immaterials project, we built a custom LED light stick, connected to a Geiger counter, which when combined with long exposure photography makes radiation visible in real time where it exists in the environment. There’s a photo blog up about it here for more detail.

I’ve been to Fukushima quite a number of times over the years with Greenpeace radiation monitoring teams, but after a few years absence, revisiting areas in Iitate, Date, Koriyama and Fukushima city was a stark reminder of the complexity of the problem, and the pressures faced by those impacted by it. 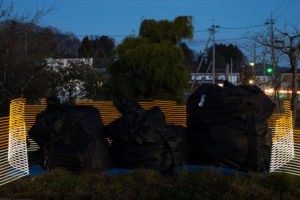 The scale of the cleanup is immense. Workers everywhere, stripping the landscape bare, filling up an seemingly endless streams of black bags with radioactive waste that, if stacked end to end, would already encircle the earth by some estimations. The cleanup is not even half way through either.

Australia, is half a world away from Japan, but like the mountains of black bags its presence looms in the background over Fukushima. Australian yellow cake uranium fueled the reactors at Fukushima Daiichi before the disaster, so being Australian myself the knowledge that a part of the Australian continent has contaminated a large swathe of Japan was an awkward thought when driving through the waste-riddled landscape.

I was reminded again of an Australian connection when talking one of our interview subjects, Ms Monma, whose nursery, Soramame, had a sandpit with Australian sand donated to it after the disaster so the kids would have a clean place to play.

Responsibility for the disaster clearly lays at the feet of TEPCO and a system that allowed the predictable to happen, but like Australia’s push to expand coal mining and exports at a time when the climate imperative shows we cannot burn 75 percent of known global reserves, it is unsettling to be on the supply side of such a major tragedy.

Using the light tool to map radiation levels in Japan emphasised the complicated nature of the story. Rather than find more contaminated spots (which would have been easy), we focused on places where people currently live, lived, or are being pressured to return. What the resulting images show, is that radiation levels in many places remains above international standards, so it is little wonder why so many people do not want to return. The below rollover image for example, shows the Sato family house, which has been decontaminated but as it is surrounded by mountains and forest that haven’t, it does not stay that way. 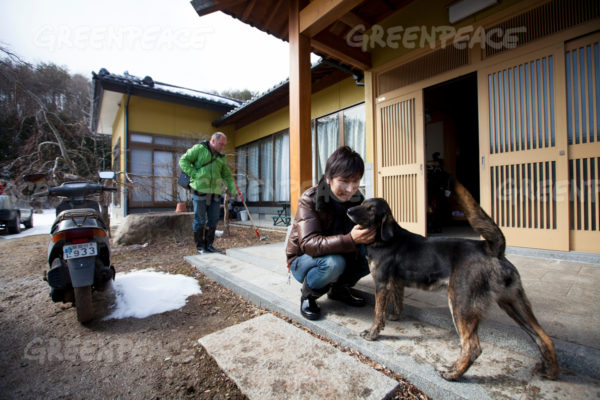 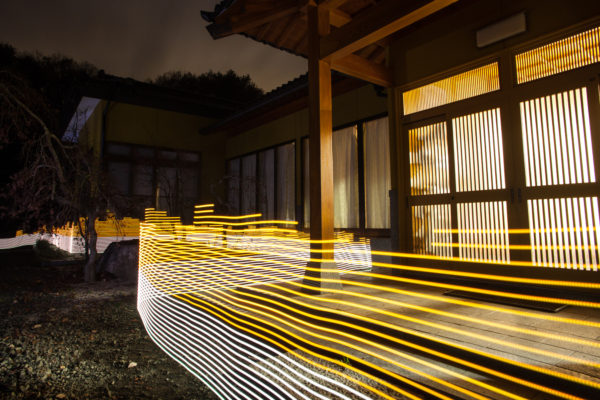 Interviewing people impacted by it over the course of the last five years, the impact it has had on their lives so far cannot be emphasised enough. The early years had a heavy visible toll on the people we have worked with, and while some of them have finally  picked up the pieces and moved on, the push to cut compensation and get them to return to their former lives is opening a new stage of hardship.

Temporary storage areas are meant to hold the contaminated waste for no more than 30 years. It’s hard to fathom what the people expected to move back to these areas would be thinking, knowing that contaminated soil from their homes, farms, fields and forests remains stored among them.

The communities impacted by the Chernobyl disaster know this kind of life all too well. While shooting in the Bryansk region of Russia (a few hundred kilometres from Chernobyl and heavily contaminated after the incident) and talking to residents there, it is clear that radioactive contamination continues to permeate every aspect of their lives 30 years later. 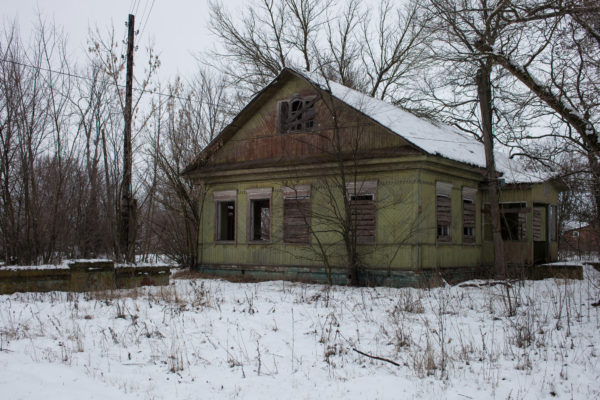 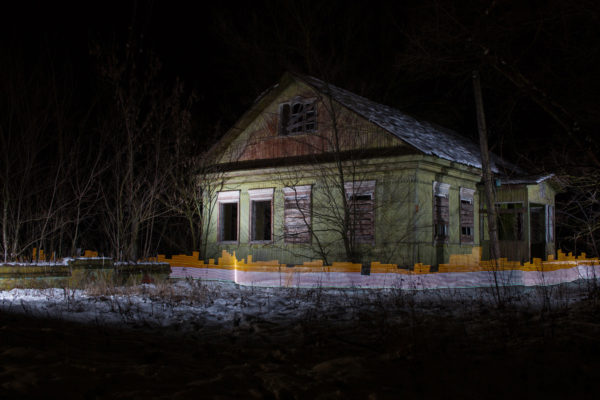 Using the light tool in Russia, it was very quickly apparent that while many areas had relatively low and stable levels of contamination, it again was not hard to find places were levels jumped into orange. In some towns, such as Staryy Vyshkov (see rollover image above), radiation levels in the centre of the village we comparable to many of the places measured in Fukushima.

This is a very unfortunate situation for the people without the support or ability to relocate their families, and it does not bode well for those in Japan that may have little choice but return to broken communities and contaminated areas. The long term economic decline of Chernobyl-impacted areas in Russia also hint at what the future may hold for the people of Fukushima in terms of prosperity. The picture is not a happy one.

This project started out as a way to make radioactive contamination in the environment visual, to make it easier to communicate and understand a threat that cannot be seen or felt. We hope that by shining light on this problem the people impacted by it can get the help they need.