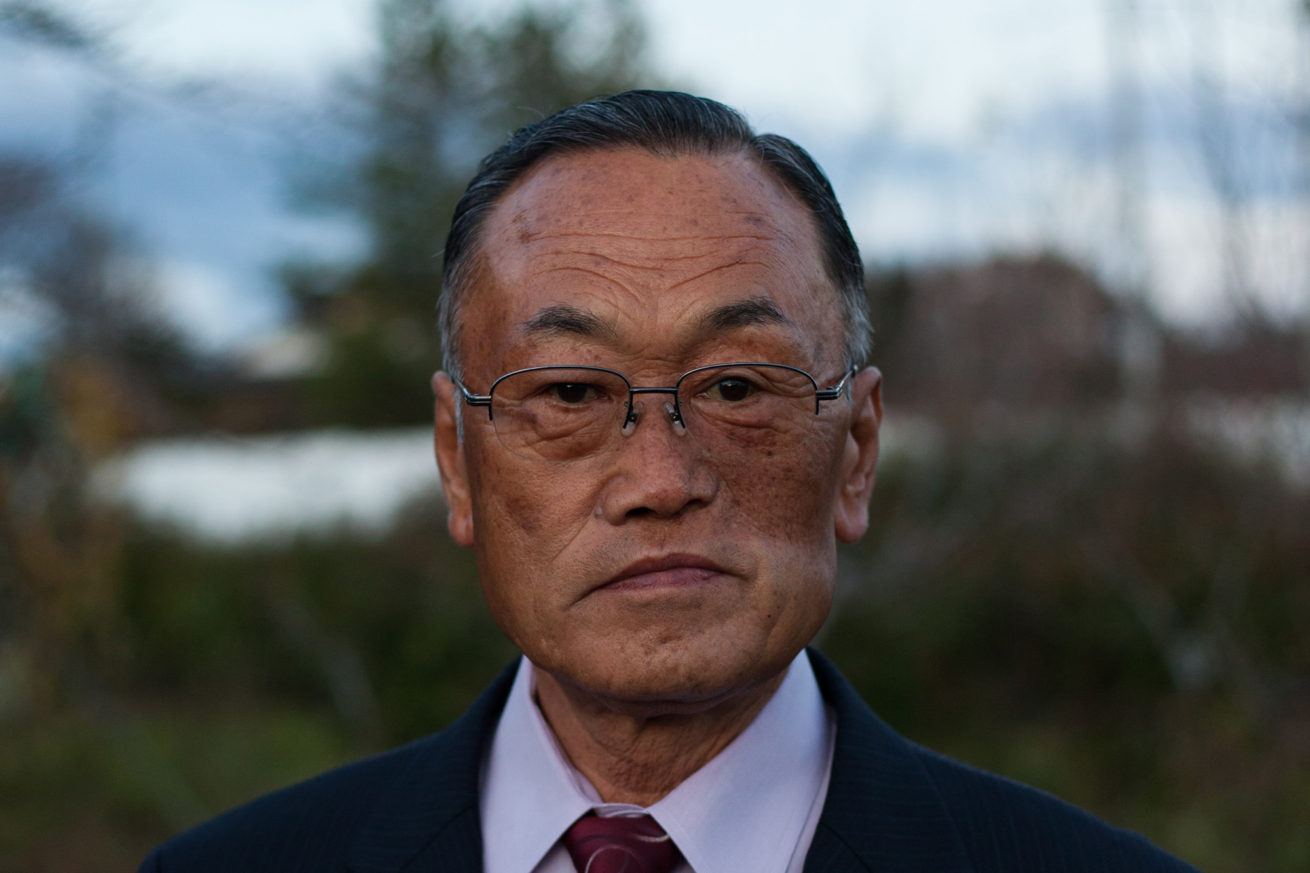 Before the Fukushima disaster, Hiroshi Kanno was a vegetable farmer from Kusano, Iitate. At his original farm, he grew 35 different kinds of vegetables. Since being evacuated, he has tried to rebuild what he can of that on a new plot of land 10km from Fukushima city, but while he can replant his vegetables, his lost community is not so easy to re sow.

His story of community is a common one in the region. He misses the people he lived with, and while the local government is pushing to reopen the village, its community has already been broken by people moving away, to temporary houses and other areas. The majority will not come back.

“Being farmer means to grow vegetables or grains, to sell them and gain income. That’s how we lived. But our soil was heavily polluted. We are told to restart farming in such a circumstance, I wonder who would buy products from us. There is no compensation offered for our sales either, so farmers cannot support themselves. This is the most impacting thing for villagers’ decision to return or not, because most people are farmers. So I think like myself, it is natural to see some of them decide not to return, and keep farming in other, safer places.”

The connection between Mr Kanno, his community, and their lands goes deeper than jobs and income however. Kanno speaks keenly of a close connection with land handed down by ancestors, working with the natural capital of a region that has now been forever tainted with radioactivity.

“People lived in (Iitate) village for several reasons: the best was the blessing of nature, then life with farming, and the bonds within the community. These things supported villager’s lives, but this is no longer possible. Growing vegetables without being able to eat them, without having concerns their safety… we are filled with this kind of anxiety.”

Light mapping of Mr Kanno’s house, his vegetable field next door, and a local (abandoned) convenience store adjoining his property shows that despite clean up work, levels of radioactivity remain consistently elevated.

Bags of clean up waste, left forgotten on his front lawn, also serve as a reminder of the inconsistency of the clean up operation.

Mr Kanno now farms on a small plot of land on the outskirts of Fukushima city, and is careful to only feed his family produce that has zero contamination. He checks it himself.  Like many others, once strong trust in the ability and judgement of government officials has dwindled, and five years on he refuses to wait for the support he needs to appear.

“I don’t have any special feeling about the five anniversary itself. It depends on people, but I don’t want to waste my life, and have done whatever I can. Five years on and I think it is now to decide to move on. Maybe we should do something ourselves to rebuild our lives with courage, rather than waiting for help from someone else.”