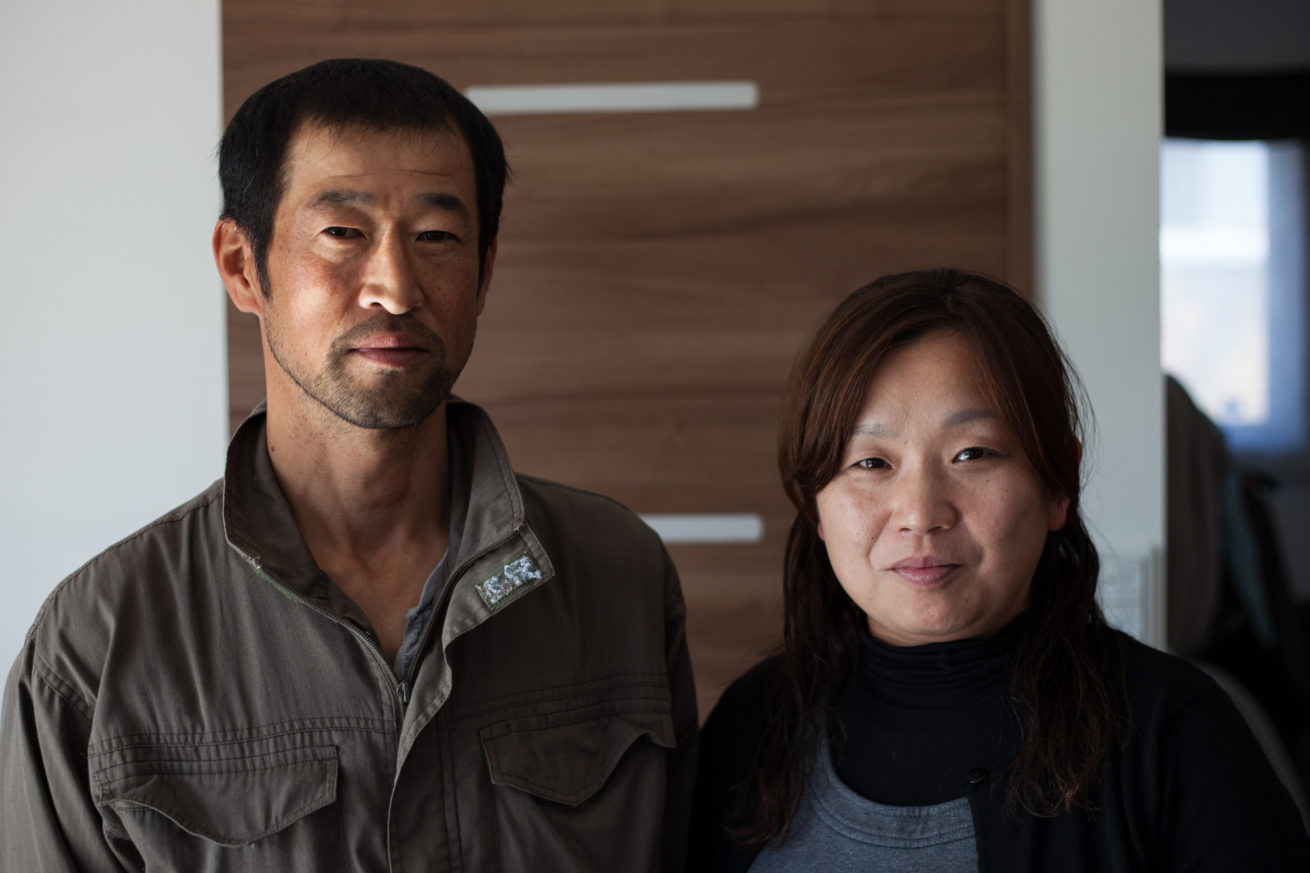 Seiki and Minako Sugano always wanted to raise their children in the mountains, so their house in Ryozen, Oguni, with its plum orchard in the hills around Fukushima was perfect.

At least it was, until March, 2011. Concerned for the safety of their three children, the Suganos voluntarily evacuated their home in Ryozen, Oguni, several months after the meltdowns at TEPCO’s Fukushima Daiichi plant.

Mr Sugano describes the levels around their Oguni house being greater than Chernobyl when they made the decision to self-evacuate. No order to leave had been issued at that point, but when checking contamination levels at their house they found high levels of radioactivity on the roof, and noticed that inside when a measurement device was held higher, like on the top bunk bed in their children’s room, it gave higher readings.

They measured the family dog and found levels of 5.0uSv/h on its back, but it was uncharacteristic nosebleeds from their children that sealed their resolve to relocate. 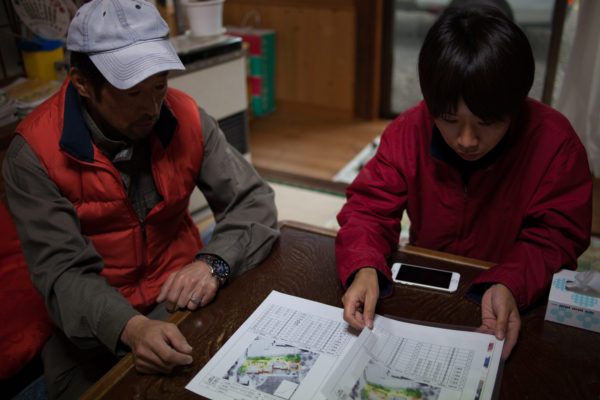 They have now built a new life in Date, north of Fukushima city, but the pressures of the old one are never too far away. They replaced the soil on the new property themselves prior to building it, but as it is a windy area they also built a wall in front of their children’s play area in an attempt to lower the chance of contaminated dust accumulating on their property.

The authorities claim their original house has now been decontaminated, and the evacuation order was lifted in 2013 (and with it the compensation payments from TEPCO), but elevated levels of radioactive contamination remain. 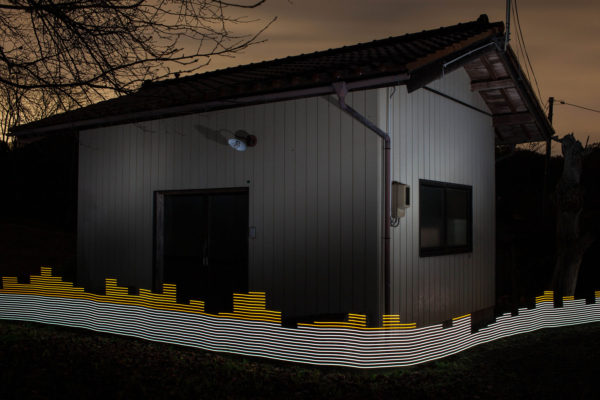 “Just after the city’s decontamination work, it looked clean, but we couldn’t imagine the continuous flow of mud and soil (into our property) because of rain and snowfalls. So we signed the document confirming the completion of the decontamination.  Soon after when we [realised the recontamination was happening and] asked the city to deal with it, we were pointed to the document was signed and they slammed the door shut. That’s it.”

Light mapping of contamination at the Sugano house showed elevated radiation levels in their plum orchard, their vegetable garden, and around the buildings on their property. While the authorities cleaned it once, the surrounding lands were not decontaminated, so the wind, rain, and snow spread radioactive particles back onto the Sugano’s land.

The Sugano’s wanted to move far away after the meltdowns, but believed the government when it said it would resolve the situation. Five years on they continue to look after their lost house, but like many others they have moved on with their lives. They do not want to move back to a house surrounded by contaminated waste bags, to a community that has mostly disintegrated, and most of all they do not want to move their children again. 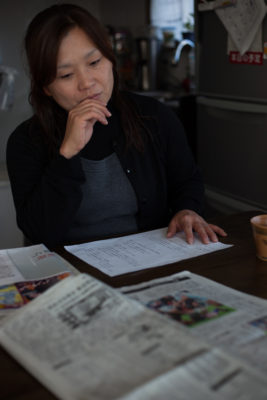 “It is like a paint from the sky, like someone scattered it on your property. It depends on the amount of paint (radiation), if it gets cleaned or not. If it is some spots (like our house) and no health impact reported, you should “just accept it”, because as time goes, it fades and it will be half the colour after 30 years so no problem – I think this is what the authority is saying. But I think it is wrong that the government and the city decide not to deal with it against a resident’s will.”

The Suganos are tiring of fighting TEPCO for their rights, as time spent trying to recover a part of their lives that will never be the same again is time lost with their children.

What good is “clean” mountain air if it blows over a radioactive landscape and you cannot spend time outside?